CINCINNATI, Ohio -- A biology teacher at a school district in Cincinnati arrived on England's southwest coast on Saturday, safely completing a solo row across the North Atlantic Ocean and possibly setting a record as well.

Bryce Carlson, 37, a teacher at Seven Hills School, needed 38 days, six hours and 49 minutes to travel from from St. John's, Newfoundland, to St. Mary's in the Isles of Scilly in England, according to the Associated Press, a trip of more than 2,000 miles.

He left from Newfoundland on June 27,

"I feel llke I had a lot of luck along the way and a lot of help from friends, family, the community, some higher power I don't know, a lot of help," Carlson said,

He is believed to have set the record for the crossing despite capsizing several times while getting pummeled by high waves and the remnants of a hurricane.

The previous record was 53 days, eight hours and 26 minutes. Carlson expected the trip to take about 50 to 60 days, reports say.

The teacher spent about $75,000 of his own money on the specialized boat, which he named Lucille, after his grandmother. 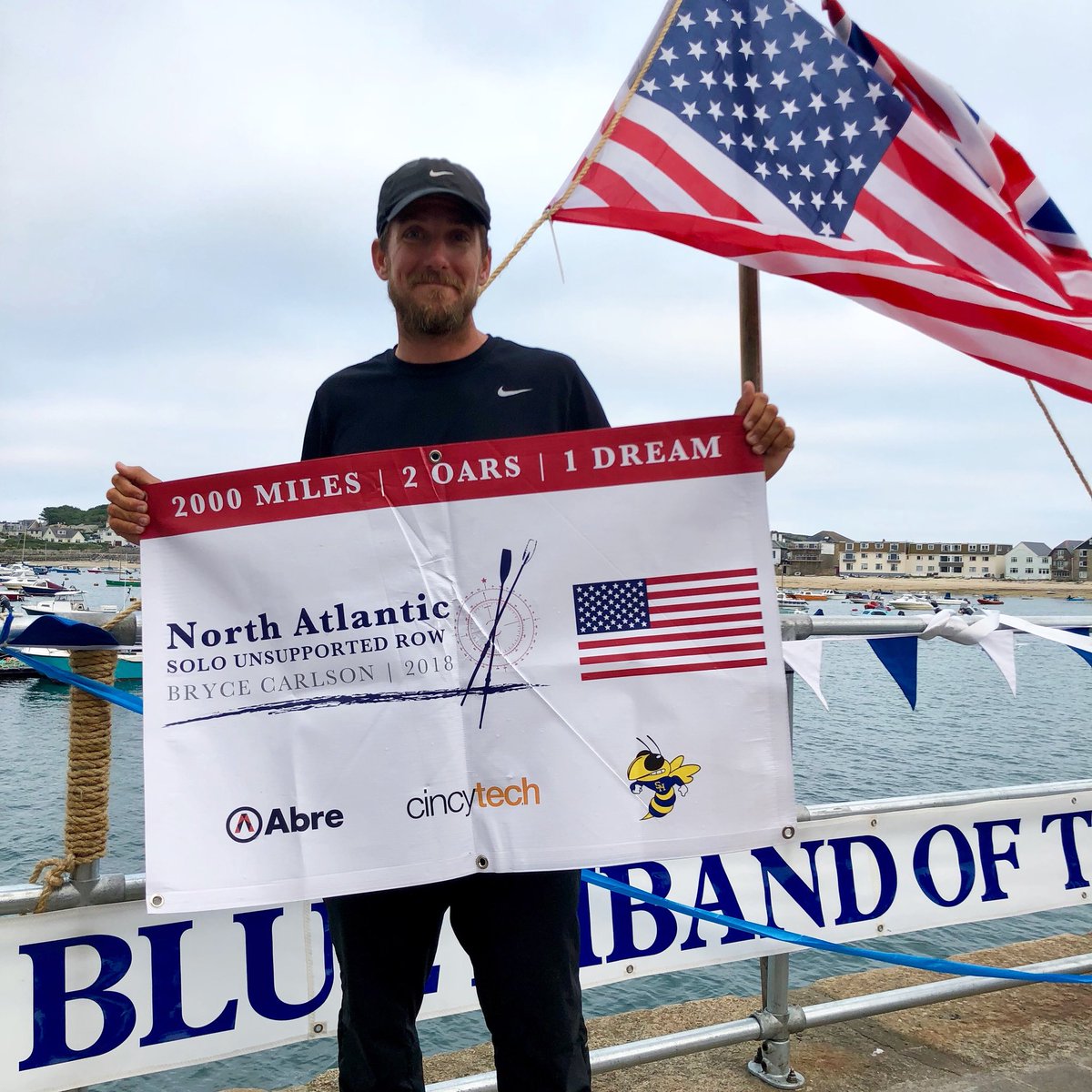